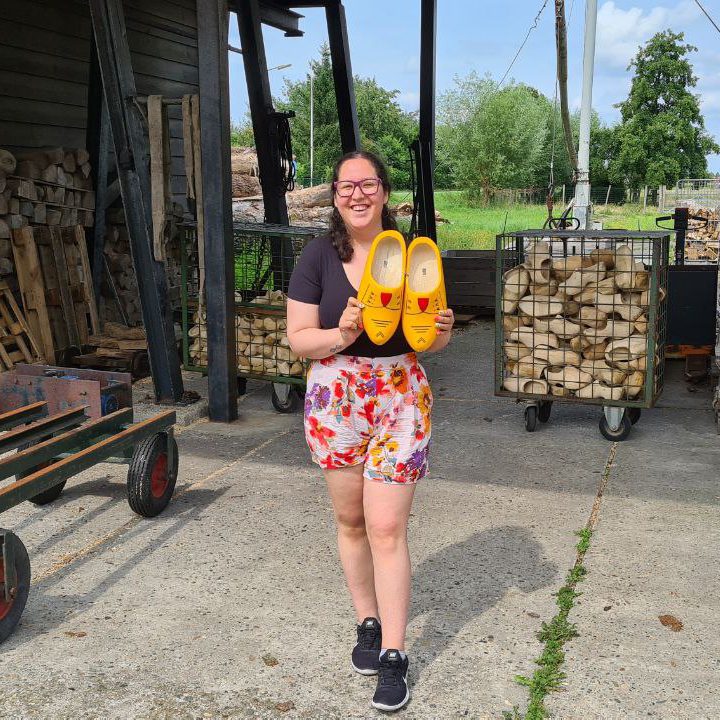 When I went to the Netherlands for the first time several years ago, I was shocked by some of the things I saw. People were drinking in the middle of the day as if it were normal. Shops closed the minute the business day was over. Getting around on a bike was not something people did because they couldn’t afford to purchase a car. Life was and still is so far from how I grew up in the states. Over the last few years of living here, I have dropped some of the things that I used to do all the time.

1. Relying on a Car or Uber

I know this may shock you, but I actually biked quite a bit when I lived in Milwaukee, WI. However, instead of using it as a mode of transport, I used it as a tool to be active. I usually borrowed my foster parents’ cars or took Ubers when I needed to get around. When I moved to New York City, the car was replaced by the subway, and I still took way too many Ubers. I think I touched a bike once while I lived in NYC. My main mode of transportation in the Netherlands is my bike, like most other people.

Americans are obsessed with knowing where you went to university and what your job is. It’s so crazy. They have even turned job titles into bragging. A garbage collector is now called a sanitation engineer. The list goes on and on. Status is everything. You need to have gone to the best school and have the fanciest job title to get some respect. I love that Dutch people don’t care about these things. I have been rarely asked what I do for a living or where I studied.

3. Eating Out Is a Treat

In the Netherlands, eating out or even ordering in is not something people do several times a week. Buying meals instead of making them yourself is a treat. When I lived in America, most people around me ordered food or ate out several times a week. It was the norm to not pack a lunch every single day. I’ve saved so much money by cooking the majority of my meals. My partner Kevin and I only order in once or maybe twice a week. That is still a lot for some people. We usually only go out to eat if it’s a special occasion or we are on vacation.

4. Working All the Time and Not Taking a Break

I worked an insane number of hours when I lived in the states. On top of that, my commute was over two and a half hours total per day. If I was sick, I went to work. I came early and stayed late. Vacation days are like gold in the USA. People get very little of it, and if you’re sick, forget about vacation. You’re only allowed to be sick and/or go on vacation for a total of maybe two or three weeks. If you’re lucky, you might get more time.

Since moving here, I am incredibly grateful that I don’t have to work full time or work when I’m sick. It’s the norm here to take your one-month to two months vacation. People are not obsessed with having a side hustle, or several side hustles. If you’re sick, you’re sick. You still get paid and you can still go on vacation. There are no such things as sick days. If you need a mental health day or week, you can take it and not get fired.

5. Thinking English Is Going to Get Me Places

I am extremely lucky to live in a country where the majority of people speak English well. Even though that is the case, I have still taken the effort to learn Dutch. Learning the language of the people where you live is a sign of respect. As a bonus, being able to communicate with people here in their native language gains you more respect and you start to feel like you belong a lot faster. Don’t be like me when I moved here, thinking everyone needs to speak English because the English language is king.

Not Everything Has Changed

There are a lot of American things that I never really cared about when I lived in the states. For example, I never ever cared about name brands or having the fanciest phone. I literally live in sweatpants. So these sorts of things didn’t change when I moved to the Netherlands. I fit right in with Dutch people when it comes to spending money. I’m as frugal as my Dutch neighbors. I grew up in a Jewish household, so make of it what you want.

The quality of life here is so much better than in the USA. People respect you for who you are, not for where you went to school or how much money you make. Vacation is seen as something you should take. No one thinks you’re a good worker for working long hours, you’re viewed as an inefficient worker then. Life here is very simple, but we enjoy the daily moments in life. The little things every day are cherished.

What is something you no longer do that is normal in your home country?