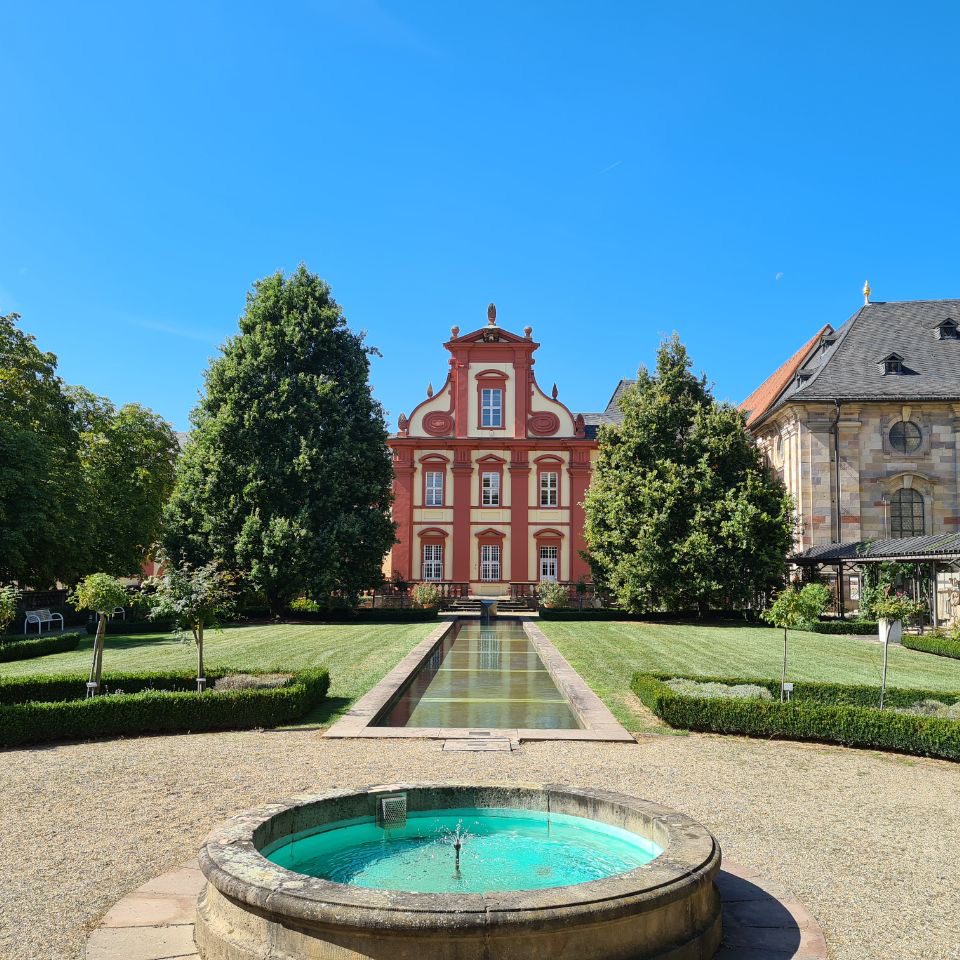 I often take short trips to see a few new places and to get away from the day to day work and chores. It’s nice just to relax in a hotel, take a long bike ride, and enjoy the sites. Oh, and did I mention, the food?? I mean, of course, that’s the most important part. At least for me. Germany is known for its giant glasses of beer and bratwurst, German sausage.

To be completely honest, the first hotel I stayed in wasn’t my first choice. I found a beautiful castle to stay in. But I had to be realistic with myself. Am I really going to pay 300 euros (351 USD) per night for a hotel? Nope. No matter how badly I wanted to stay in that architecture masterpiece, I needed to be honest with myself. There are many better ways I could have spent that money. I’m always trying to save money.

So I settled on a less expensive hotel in Fulda, Hesse, Germany. Hesse is a German province known for it’s rolling lush hills and abundance of forests. It’s the perfect spot for a nature lover. Someone who wants to get away from the brick and mortar life for a moment or two. I stayed at the Maritim Hotel Am Schlossgarten. I actually really liked it. It was my second choice.

The room and lobby of the hotel were pretty ordinary. Once I had time to explore, I was impressed. The hotel had a magnificent breakfast room. I have never seen anything like it. Imagine being in a ballroom with gigantic chandeliers and hand-drawn art on the ceiling. It was like being in a mansion.

Even the outside looked like a mansion. I couldn’t believe that the entire building was being used as a room to dine in. I thought that was the hotel. The incredible building used to belong to the Dutch king, therefore it was called the Orangerie. Orange is the Dutch king’s color. That’s why many Dutch flags will have an orange piece of fabric attached to the top of the flag.

If I wasn’t impressed by the breakfast, there was another magnificent surprise awaiting me. The cellar turned the restaurant. If I wouldn’t have seen the pictures online, I would have never believed that such a beautiful restaurant was underneath such a seemingly plain hotel. The restaurant served traditional German food such as sausages, schnitzel, and huge glasses of beer to get drunk on.

I’m not a huge fan of any German cuisine, except for the beer. I love a glass of good cold beer, even if it’s sometimes alcohol-free. Alcohol-free beer is quite popular all over western Europe. People like drinking beer but they have to drive. So they drink beer without any alcohol.

The hotel and it’s magnificent dining room were surrounded by a huge beautiful garden. If you ever see a stunning mansion such as the Orangerie, there will always be a huge garden somewhere nearby. It’s just the way rich people lived all those years ago.

Fulda was such a wonderful place to relax. I checked out the lush garden, the cathedral, the endless old churches, ate a ton of meat, and wandered around the town. It had a rich history. I even found some Jewish gravestones that they were preserving.

From Fulda, I went to Rodermark. It’s also located in the province of Hesse. I can’t say much about the town itself, because besides staying in Hotel Villa Magnolia, all I did in Rodermark was eat at a yummy Italian restaurant. Tie-Break, the Italian restaurant, was located at a tennis club, hence the name. Villa Magnolia was a fairly decent but plain hotel located on a beautiful plot of land with tons and tons of growing corn.

From Rodermark, I biked to Seligenstadt am Main. I biked a distance of around 40 km (24 miles). It was a long but fruitful day. I usually enjoy long bike rides, but that day was hard. It was pretty hot outside and many of the bike paths were just gravel. I’m used to asphalt in the Netherlands.

When I almost arrived in Seligenstadt, I saw a fabulous site. The whole way there, I passed many many farms and fields, but this was something special. A field of sunflowers. I love sunflowers so much. So even though I was already so tired from biking around 20 km (12 miles), I was able to make it from the joy of seeing those stunning sunflowers. And of course the beer that I was going to drink. I was so thirsty.

I arrived there, ate my schnitzel, drank my alcohol-free beer – so I’d be able to bike back – and walked around the remarkable Roman town. The town was located on the Main river. It was settled in the middle ages. It is one of the oldest towns in Germany. I could see that just by walking around. It was exactly what I imagined of an old German town: an enormous old monastery with a massive garden, beautiful Germany style building built with a wooden frame, and a church.

That was the end of my trip. I only really saw three places, Fulda, Rodermark, and Seligenstadt, but it was perfect for my five day trip. I left Germany feeling more relaxed and fulfilled than when I arrived there just five days before.

Have you ever explored Germany? What was your favorite place?