How to Spend a Weekend on the Dutch Island of Texel 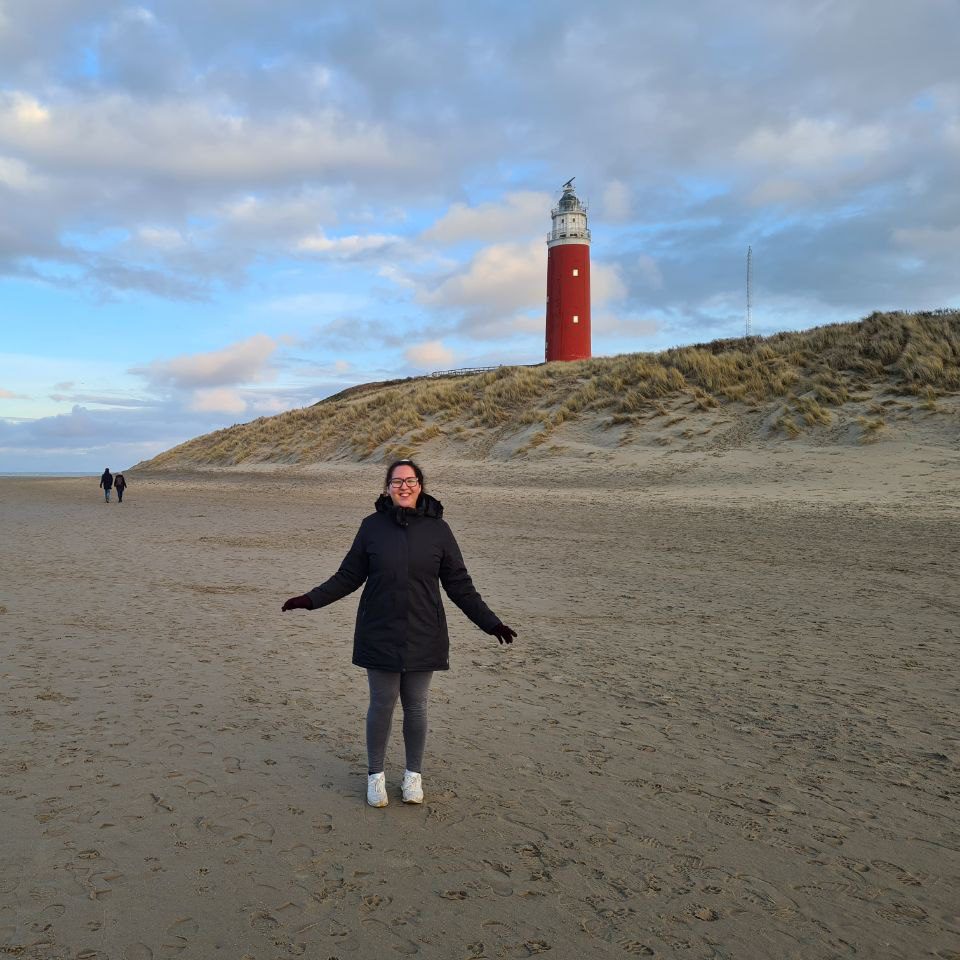 Did you know that there are several Dutch islands very close to mainland Netherlands? I finally got to visit one of them this weekend with my boyfriend. I had a pretty hard few days, so we decided to visit Texel for the weekend. We took a short ferry ride of only about 20 minutes from the mainland city of Den Helder to Texel. The trip in total took a bit over 3 hours because we live quite far from Den Helder. But all in all, the drive was worth it. We got to relax, eat some great food, cycle around and see some of the sights. We don’t usually take weekend trips in the Netherlands itself, so this was a really nice getaway or home away from home.

We stayed at a cozy hotel called Nieuw Leven. Nieuw Leven means new life in Dutch. And that it was for me. I came feeling very anxious and stressed, and I left feeling happy and relaxed. It’s positioned close to the ferry terminal in a town called Den Burg. Usually, the hotel is used mostly for group accommodations, but given the current circumstances, that isn’t really possible. We stayed in the junior suite for only €247 ($300 USD) for two nights. I imagine this costs way more in the summer, which is the busy season. It was a beautiful farmhouse type building with a huge space outdoors to relax and even a pond to swim in.

A Room Fit for Relaxation

The suite came complete with a big bedroom and bathroom. The bathroom was gigantic, it had a sauna and a hot tub. I must say that we thoroughly enjoyed using the hot tub and the sauna. Those really help with relaxing. We also got to use a patio that overlooked a field of grazing sheep. The patio adjoined a private living room, kitchen, and dining room. It even had a wood stove. Normally, this space would be shared with several guests, but we were lucky that no one else was staying there. It was quite lovely.

Instead of just hanging out all weekend inside, we decided to brave the cold and venture out. There isn’t much to do right now inside, but we still found some things to do. We brought our bikes with us, but they also have bikes available for rent. Our first stop was the highest point on the island, a short 9-minute bike ride away. De Hoge Berg, which translates to the high mountain, wasn’t all that high. But it was still cool to see because the Netherlands is such a flat country. All we could see from the top were miles and miles of green fields and cute little houses.

From there we cycled around the corner to De Zandkuil. That is a nature park that is usually overrun by bees and wasps. It’s the perfect breeding ground for them because of all of the greenery and flowers. Unfortunately, we weren’t able to go into the park, but we saw a bit of it from the street. Honestly, I’m quite terrified of most creatures, so that wouldn’t have been the best place for me anyway.

After that, we checked out a big fortress built by the beach. Fort De Schans was built in the late 1500s to protect Texel against mainly the Spaniards. Though it wasn’t built by him, it was checked out and enlarged by Napoleon in the early 1800s. It was a super cool sight to see. All the sights we saw this weekend were completely free.

We went on to bike to the beach. I personally love the beach. Growing up next to the water, ok not an ocean, but a great lake, the beach has always brought me solace. I love looking out over the water and watching the waves, seeing all the ships go by, and smelling the feeling of nature. I live quite far from the beach now, so it’s nice to be able to have it all weekend.

For dinner the first night, we ordered takeout from De Coninck van Poolen. Kevin had salmon, and I had stew. The dishes came with potato croquettes and warm veggies. Surprisingly, all the food came piping hot. It’s not something you usually see with takeout. It was all really delicious. If you ever visit Texel, I highly recommend you check out the restaurant De Coninck van Poolen. The second night, we ordered from the Public Grill. Though it looked and tasted nothing like the advertised American steakhouse, the food was yummy, especially the french fries. We also tried some delicious beer that the hotel provided from the local brewery Tesselaar Brouwerij.

I love lighthouses so much. I really don’t know why they bring me so much joy, but they do. So we went off to find a lighthouse. And that we did. We drove there though because the bike ride was quite far and it was getting dark. Due to the current situation, we weren’t able to go inside, but we walked all along the beach and checked it out from afar. It was quite majestic because of its height and red color. It was built in the mid-1800s and was even used during the second world war.

Have you visited Texel yet?