If Croatia Isn’t On Your Bucket List, You’re Missing Out! 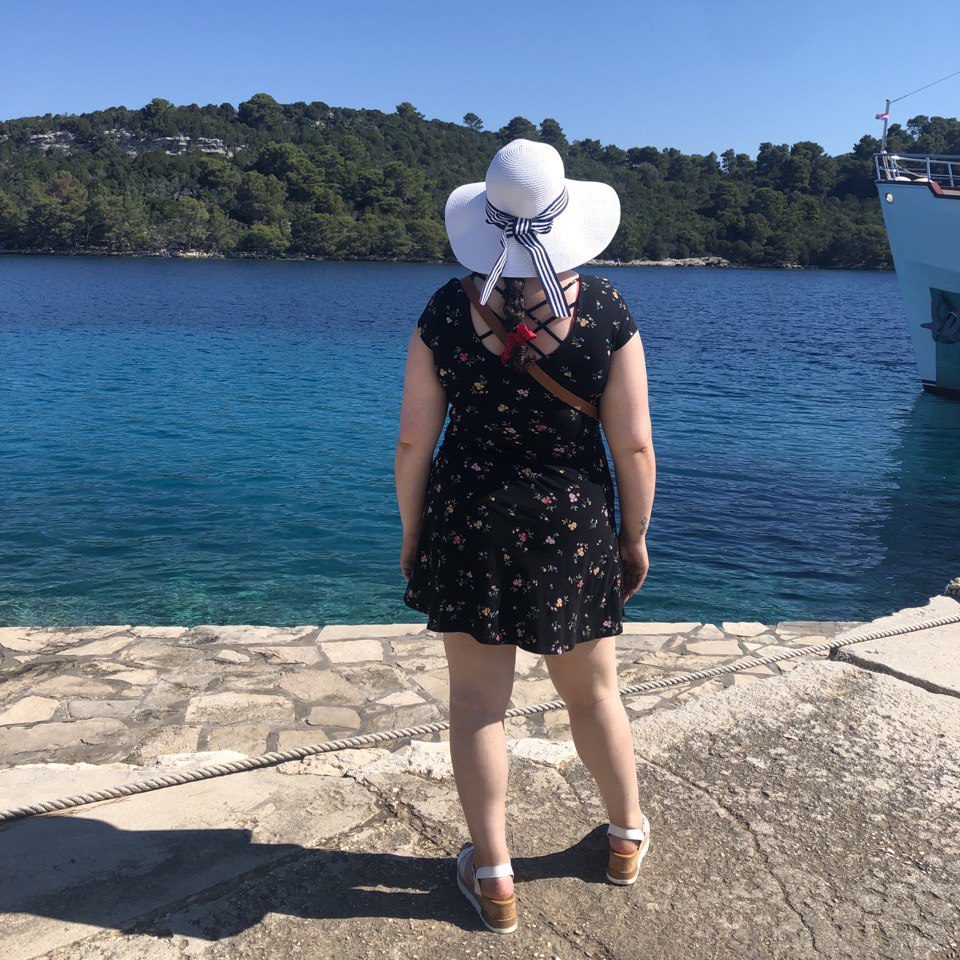 Croatia was one place that had been on my bucket list for a very very long time. I’d heard about and seen photos and videos of its beauty, but never managed to go until now. My sister Chaya and I took a 10-day trip together to 3 different European countries. We visited Portugal, Croatia, and Austria. By far, Croatia was the most beautiful and most memorable destination on our trip. We stopped in Dubrovnik for 2 nights, on the island Mljet for 1 night, and on the island Korcula for one night. Here is what we did, saw, and ate.

We flew into Dubrovnik airport and were shocked to see how small it was. Given how many tourists visit Dubrovnik, the airport was very small. But luckily landing, deplaning, and going through passport control went smoothly, so there were no issues. The hotel we stayed at was called Sun Gardens Dubrovnik, about a 30-minute drive from the airport. I’m not usually the type of person to stay at resorts, but Sun Gardens was really nice.

Sun Gardens was a gorgeous hotel located right on the Adriatic Sea. The hotel had several swimming pools, restaurants, and recreation areas. It even had its own dock! Everything about this hotel was perfect. The view was incredible, the room was very spacious, and the restaurant we went to, Cilantro, had great food. The bathroom even had a giant soaking tub.

Dinner In The Old City

After we settled into the hotel, we headed off to dinner in the old town of Dubrovnik. The name of the restaurant was Gradska Kavana Arsenal (comped). This was one of the best restaurants we went to on our entire trip. Gradska Kavana Arsenal was right in the center of the old city, right on the water. You could see all the boats and landscape of the area from where you were eating. This was definitely one of the most beautiful dinner views I have ever had.

And the food! The food was delicious!!! My sister and I got served a traditional whole fish baked with vegetables. I don’t remember what type of fish it was, but it was so so so good. The waiter took apart the fish right in front of us and served it to us. The fish and veggies were like heaven on a plate.

The next day, we rented a boat for several hours. The driver and tour guide of the boat took us all around. The name of the boat company was called Snooky Tours. We got to stop at one island and walk around. I really don’t remember the island’s name. Then we got taken to lunch by boat to a private island. The restaurant was called Bowa (comped). Apparently, Bowa is one of the most famous restaurants in Dubrovnik. The view from lunch was to die for!

After lunch, we headed off to the famous Croatian caves. We got to see the green and blue caves. At one point, the boat driver parked the boat so I could jump off the boat to go swim in the cave. This was one of the coolest experiences of my life. I definitely recommend it!

After two days in Dubrovnik, my sister and I boarded our first ever cruise, Sail Croatia (comped). This wasn’t the typical cruise you find that’s like a mega city. The boat only had a capacity of 38 passengers. But in reality, there were only 13 passengers on board the whole boat. We both had never been on a cruise, so we didn’t really know what to expect.

The boat was actually really nice. The interior and decks of the boat were covered in gorgeous varnished wood. The food served on board for breakfast and lunch was actually really good. We tried some traditional Croatian pasta, meat, rice, and more. It was pretty cool to be on a boat and see the country from that perspective. The cruise was 7 days, but we only joined for 2 nights.

That same day, we headed off to Mljet, about 4 hours by boat from Dubrovnik. By the time we docked, it was already dinner time. So we headed off to dinner with the majority of the people on the boat. Honestly, this was so nice to have dinner with a bunch of people we never met. Several of them were from Australia, Ireland, and one was from England. We had a lot of fun annoying each other and chatting about our lives.

The following morning, my sister and I headed to Mljet National Park. With the park entrance ticket, you get access to ride the boats around the park. We took a boat to the small island inside the park called St Mary’s Island. Located on the island were a monastery and a restaurant. You could also swim, so that’s what we did.

Swimming Right Next To A Monastery

Swimming on this island was so perfect because it was dead quiet. People only appeared once we were leaving the island. Officially the water that surrounds the island was called a lake and it was salty water. Swimming in the lake was so refreshing because of how hot it was outside. In addition, all you could see was the gorgeous national park and the monastery. It was just so nice to swim there.

That same day, the boat left in the afternoon for the island of Korcula. Once we got to Korcula, I went off with the passengers to go on buggies (comped). We drove around on the buggies for about 45 minutes in the countryside surrounded by vineyards until we made it to the sea. We stopped for a short break and then drove back to our starting point. This happened to also be where a winery was.

Included in the buggy experience was a wine, honey, and cheese tasting. It was really funny because no one liked the cheese except for me. Apparently, Australians, Irish, and English people aren’t used to aged cheese. But since I live in the Netherlands, this is something we eat every single day. The aged cheese was delicious!

Our Trip To Croatia Came To An End

After I went on the buggy, my sister and I went out for dinner at Bistro Radiona. The restaurant we went to was in the center of the old town of Korcula. Radiona was located right on the dock. So you got to see all the different boats docked and the coastline. It was dinner with a beautiful view. And the food was delicious too. We ate duck and lamb in addition to other things. I really enjoyed the food here.

The next morning we took a ferry from Korcula back to Dubrovnik. The ferry took about 2 hours. We had a fantastic time in Croatia. I am definitely going to come back sometime with my Dutch partner Kevin. There is just so much more to explore. If you never thought of adding Croatia to your list of places to go, I hope you added it now.

What part of the trip do you want to do when you go to Croatia?