What It’s Like to Live With a Serious Injury, and What I’VE Learned From It so Far 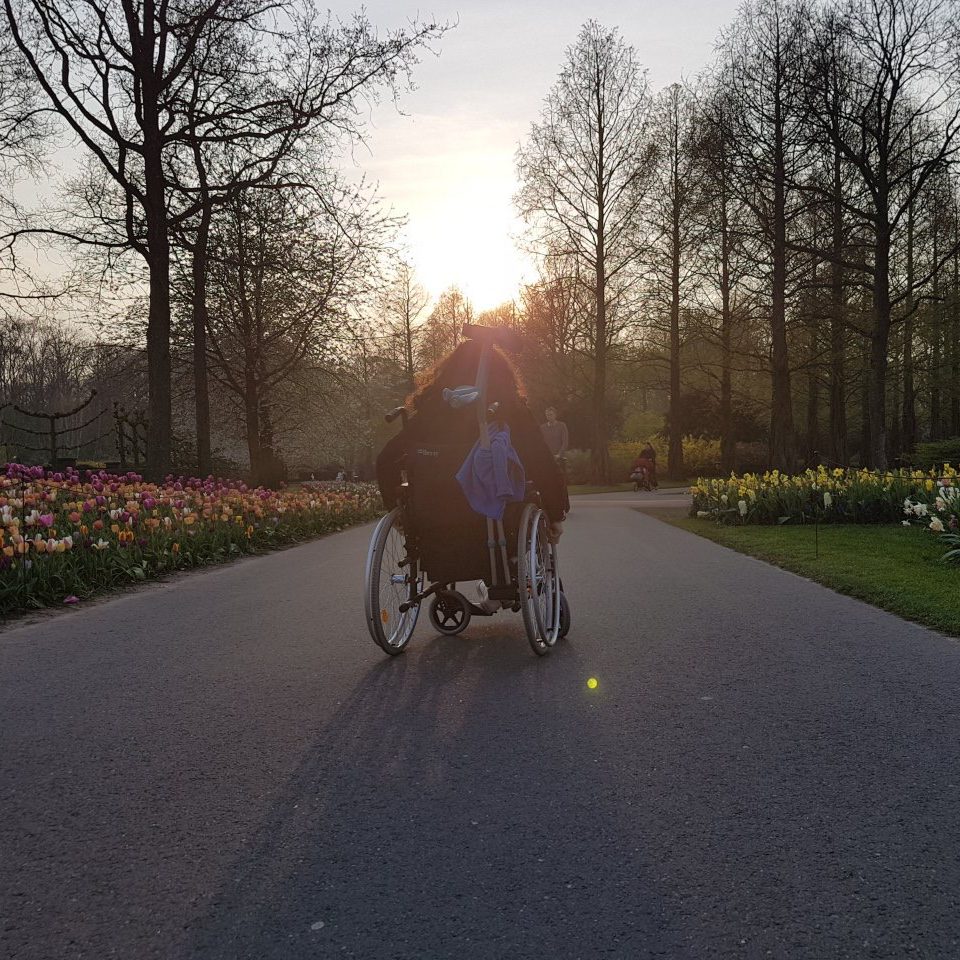 How I Injured Myself

April 3, 2019, was a day that threw my life a curveball. I was biking home when it was lightly raining. I tried to turn from the bike lane into the road so I could make a left turn towards my home. My bike got caught in the stone in the bike lane and the road (the bike lane is made of cobblestone, the road is asphalt).

I fell to the ground, and that was the last time I could walk or bike in months. I tried waving for help to cars passing by. No one bothered to help. Eventually, I was able to flag down a worker who was doing construction on my street.

I was unable to put my foot down, let alone walk. The worker pushed me on my bike home. I didn’t go to the hospital until a few days later. They took an x-ray and said everything was fine.

They were wrong. Months went by, and I still couldn’t walk without excruciating pain. I had never injured myself that way before. I’ve had small scrapes and bruises but never an injury that debilitated me.

It was frustrating for me. Even though most people in my life were supportive, some said things like “grow up, it doesn’t hurt that bad.” I had to walk with crutches or sit in a wheelchair. I wasn’t exaggerating my pain. It felt like I had become disabled forever.

The Dutch pride themselves on having one of the best healthcare systems in the world. In my situation, that couldn’t be further from the truth. It would be months before I got a diagnosis and a plan for recovery.

Eventually, I made it to physical therapy. Everyone there told me that I should be healed within six weeks. They were wrong. They mentioned in my first or second session that if my foot didn’t get better, they would do an ultrasound of my foot.

A month went by. After shelling out over $200 for an insole that didn’t solve my walking issue and a monthly fee added to my insurance for physical therapy, I’d had enough.

I happened to be in New York for work, so I decided to get an American doctor’s opinion. I went to urgent care. The staff there took an x-ray and told me it wasn’t broken. The doctor told me that he wasn’t an expert and that I definitely should see an orthopedist. He explained that it didn’t make sense that after so many months, I still had pain from a seemingly simple injury.

I went home to the Netherlands and told my physical therapist what the doctor in NY said. I told her that I wanted the ultrasound she originally talked about. She said we weren’t there yet.

About another month went by, I was really done. I couldn’t walk a few city blocks before having to sit down because of the pain. I told her that I wanted an ultrasound and that physical therapy wasn’t helping. She complied and scheduled the ultrasound. Sure enough, the ultrasound tech found something wrong with my foot.

He sent me to my primary care physician to get evaluated. My primary care doctor sent me to an orthopedist. When I went to the orthopedist, I had to get another x-ray and CT scan. The orthopedist took one look at the scans and was baffled that someone could miss my injury. I had broken my foot, and the bones in my foot had been dislocated. He said that he was in shock that I could walk.

After a week of his consulting other orthopedists on what to do, he explained that there was nothing he could do because of how complicated the injury was. He sent me to an orthopedic hospital in Nijmegen called Sint Maartenskliniek. There, a doctor was able to come up with a surgery to fix my injury. It is called triple fusion foot surgery. The predicted recovery time is anywhere from 9 to 12 months. That’s at least three months of sitting at home.

Then Coronavirus got to the Netherlands. My surgery has been postponed until the medical system can bounce back from the pressure of the Coronavirus. The specialist that is operating on me also has a very long waiting list.

I wake up every morning, I put my foot down to get up, and  I’m reminded of my injury. I haven’t had a single day when I didn’t forget what I went through and am still going through. My foot hurts every single day, but I know that there is hope. I taught myself to walk with chunky boots and now regular sneakers. I just have to push through the pain for now.

My surgery has finally been scheduled for December 21, 2020. I’m absolutely terrified but I know this is what I need. The recovery will be long, anywhere from 9 to 12 months. The most important thing is that I will finally be getting better and moving forward.

December 18, 2020: Unfortunately, since I have some COVID symptoms, the hospital refuses to do the surgery Monday. Even though I got a negative COVID test and am willing to do another test. I just have a cold and am feeling much better. They scheduled it for January 21. With the current COVID situation here, who knows if that date will stick.

January 21, 2021: I am continuously utterly shocked by the way patients are treated in this country. My boyfriend and I drove an hour and a half today to the hospital. I barely slept and was nauseous because I was so nervous. The hospital told us yesterday that my boyfriend could be in the pre-op room. We get there and the receptionist says no, that isn’t accurate, he can’t come in because everyone speaks English. By the way, my nurse barely spoke English actually. Then they take my temp, and it comes out to 38.1C (100.58F).

They respond that I won’t be having surgery today. They refuse to even entertain the idea of taking Tylenol (paracetamol) to lower the fever. They also refused to reschedule the surgery for anytime soon. I had to take a COVID test and wait for at least two weeks before they call me with a new surgery date. COVID test already came back negative. The doctor refused to even discuss anything with me. She told me straight up that we aren’t discussing this anymore. Newsflash: being nervous can raise your temperature. It doesn’t mean you’re sick.

January 24, 2021: I got a call stating that because my COVID test was negative, my surgery is rescheduled for March 5.

March 6, 2021: After almost two years after fracturing my foot and my bones moving up. Being wrongly diagnosed, useless physical therapy, constant pain, then being correctly diagnosed, taking forever to get a surgery date, and surgery being canceled twice. I finally had my surgery this past Friday. I stayed a night in the hospital and am now headed home. I don’t have a lot of pain thankfully, as my foot is mostly numb and will stay that way for a few days. The recovery will be quite long, but now there’s a light at the end of the tunnel. I’m so happy to finally be moving forward and not being in limbo anymore. I’m so ready to close this chapter of my life. I am posting about my recovery on my Instagram. Feel free to follow along.

My biggest regret is trusting the doctors. Almost everyone in my family and my friends told me that it’s not normal and that I should see a doctor again. I trusted the doctors when they said my foot would heal, and that I just needed time.

If you feel something is wrong, go back to the doctor. Don’t let them say everything is going to be okay, because it’s not always going to be okay. Don’t be afraid to get a second or even third opinion.

All I had to do was go to my primary care physician, and he would have sent me to an orthopedist. I didn’t know that. I thought that the physical therapist would send me to an orthopedist if the PT wasn’t working. Apparently in the Netherlands, only your primary care doctor can send you to a specialist. He is the manager of all your health-related issues. Speak to your medical professionals to find out what the procedure is.

I wake up with pain every day, but now I know things will get better. Remember that there is light at the end of the tunnel. Although I’m still walking with a serious injury, it hurts less because I’ve grown accustomed to it, not that I should have to. It’s unfair but it’s not within my control.

I’ve learned to walk with my injury. I have accepted that there is absolutely nothing I can do about it right now. I’ll have to do this until the orthopedist is able to perform my surgery.

29 People reacted on this