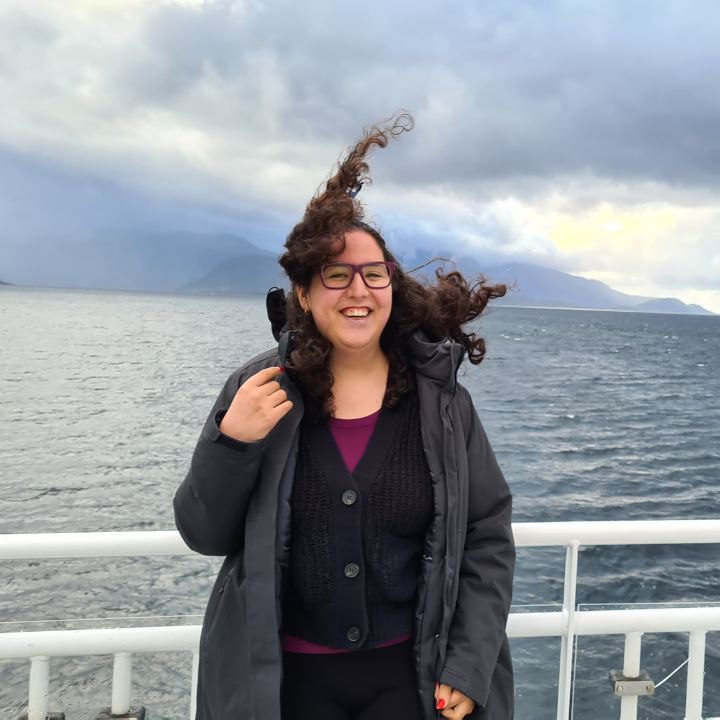 Seeing the northern lights, or the aurora borealis, has been a lifelong dream of mine. My foster dad passed away recently. His death rang a bell in my mind. Life is extremely short and spending time with those who matter most is so important. So instead of going on my planned trip to the USA in early October, I decided to spend time with my partner Kevin and travel to Norway to see the northern lights. We hadn’t had a vacation alone in a long time. Our trip to Norway started off with a bump, but we made it. Norway is definitely the most empty country I’ve ever been to. It’s many many times bigger than the Netherlands with only about 5 million people living there.

Visiting Another Roosendaal, or Rosendal

Rosendal was very empty. There were lots of hills and some cows. We couldn’t even find a place to eat. We asked the local hotel where we could find some food, and the woman informed us that the closest open restaurant was a 30-minute drive away. Perspective gives you a sense of gratitude. Although our Roosendaal is small, there’s a lot more to do here than Rosendal in Norway.

Finding a Place to Eat

We didn’t expect the extreme empty landscape. We drove for hours and rarely found any place to eat. When we did find a restaurant, it was typically at a gas station and only served fast food. Who would have known, Norwegians aren’t famous for their food, or even having any food available.

But I guess the landscape is well worth it. The rolling hills and beautiful waters are well worth the visit. No matter where we looked, there was always a stunning view, even in the cities like Bergen and Tromso. About how many countries can you say that? Luckily we did manage to find some moose, reindeer, and cured whale meat to try.

Google Can Be Very Misleading

I always thought that the northern lights would be extremely visible and bright. Boy was I wrong. Apparently, it is very rare to see them in real life as they appear in photos. Luckily we saw them one night very bright for a mere moment. We did see them a few other nights but they were very dim. Many people travel to see the northern lights and never see the lights at all. We even spent a lot of time in extremely dark areas of Norway with no light pollution, and only managed to see the lights bright on one evening. It was well worth it though, super cool experience.

Norwegian people all spoke English relatively well and everyone was so nice and inviting. One of my favorite hotels we stayed at was called Reisastua Lodge in Sappen, a town in northern Norway. The host was so friendly and the place was stunning. Behind the building was a river, and on the deck was a massive hot tub. We even extended our stay for one night since we loved it so much. It was a paradise for anyone that likes comfort and coziness.

What We Did in Norway

Some other things we did in Norway included going off-roading, visiting the Polaria museum in Tromso, touring the most northern point of Europe: Nordkapp, and driving through a 200-meter deep tunnel. Norway has so many tunnels. Overall it was a very relaxing trip and worth the visit. I’m so glad I finally got to cross this off my bucket list. We definitely achieved our goal, spending some quality time together.

What is on the top of your bucket list?