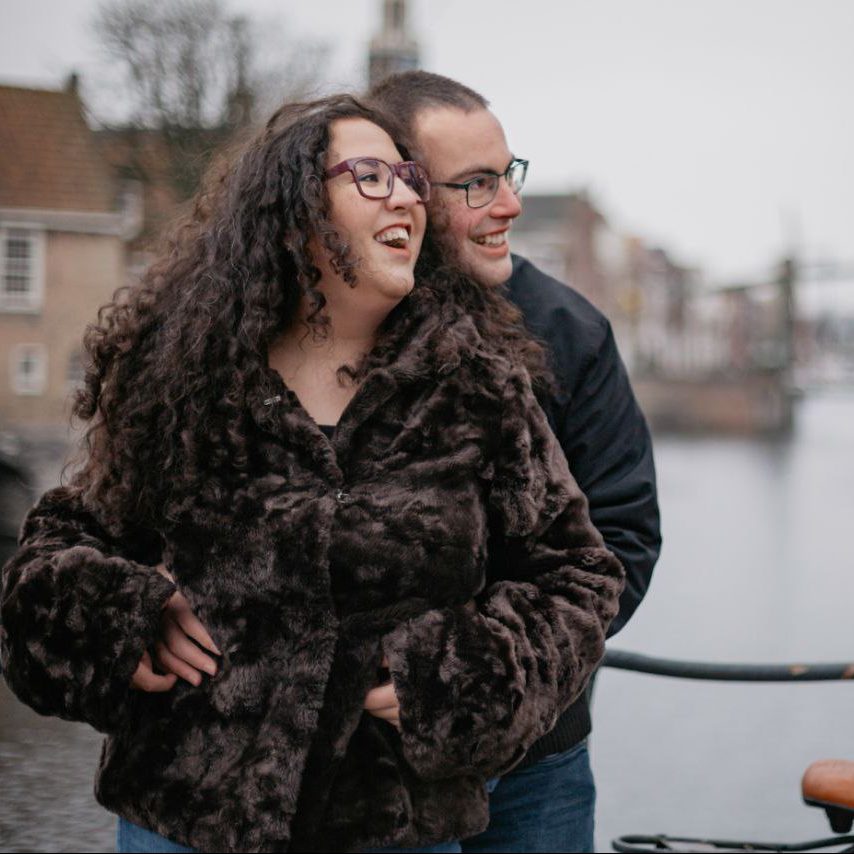 If you’re reading this blog post, then you’re most likely living in a country or place that isn’t where you grew up. I certainly am. My hometown is Milwaukee, WI in the USA. But I have lived in the Netherlands since December of 2018. Like many others, I moved here for love. And so far, I’m not going anywhere. Honestly, I have never met anyone like my Dutch partner Kevin.

The problem was, no one explained to me how hard it would be to move to a new country, let alone moving in with a foreigner in a new country. Of course, I had some ideas. Giving up some of my personal space, not having friends or family around, not speaking the language, and more. I wish I knew everything I knew so I could be a little more prepared to navigate my relationship with a foreigner. That’s why I wrote this blog post.

Moving Across the World for a Man

I really love Kevin. I wouldn’t move back to the states, and I am not interested in being with anyone else. We dated long distance from Aug 2017 to December 2018. Then I finally moved to the Netherlands. In total, we’ve been together for almost 4 years. I have learned so much about relationships, compromise, communication, culture, and traditions since meeting and living with him. Here are some things that I learned about navigating a relationship with a foreigner. Many of these principles could be applied to a non-cross-cultural relationship as well.

Never ever assume anything. If you’re from two different cultures, don’t assume to know or understand something. For example, don’t assume that your partner is not going to help you with the household chores. The country that you’re living in may have a completely different way of living from where you’re from. While I do the majority of the cooking, Kevin helps me out with basically everything else. The faster you start saying what you think and want, the easier it will be on your relationship.

2. You Are Going to Have to Give Some Things Up

Besides obviously leaving your friends, family, and everything you know back home, there are other sacrifices that you’re going to have to make. For example, every single year, Kevin and his family get together for Christmas. The whole family joins and it’s like a big thing. Luckily, I am Jewish so my family doesn’t celebrate Christmas. The reality is, Christmas is sacred and we will never go on vacation or have any other commitments for that one day a year.

3. Get On Board Fast

For basically the whole first year of living in the Netherlands, I hated it. I hated the people, the culture, the traditions, the way of life, the language, basically everything. I didn’t want to visit his family or learn the language because it was just all too much. Everything was so extremely different. I so regret it. Not only was I unhappy, but it was an extremely sensitive subject for me and Kevin. I wish that I would have just accepted my new life and made an effort to make friends and learn Dutch. I would have felt so much better. The reality of the situation is, this is your new life, so accept it. It’s harsh but you’ll feel so much better once you do.

4. Be Open to Learning and Growing

As an American, I was already quite frugal with money. People would call me stingy a lot. But when I moved to the Netherlands, I got the shock of my life. Kevin was so smart with his money. He never buys anything impulsively and every purchase was made with careful calculation. This is quite popular for Dutch people. Though I already was pretty good with money, I became good with money on a whole new level. I really appreciate everything I’ve learned from the Dutch and Kevin. He also helped me have a better relationship with my complicated family. He helped me think about things like politics and economics on a more complex level. There are many sides to everything. You’re never too old to learn something or grow as a person. It’s nice when you can grow together with your partner.

There’s nothing worse in a relationship than living with someone or being with someone and expecting them to change for you. If you think you can change your partner, then you shouldn’t be in that relationship. My wise 75-year-old foster dad told me that once and it stuck. No one is perfect, not even you. I love that I know Kevin will never become Jewish for me. Do you know why I love that? Because I know that even though he won’t become Jewish for me, he will always accept that I am Jewish and supports me in practicing my traditions. He has even visited Israel with me.

Living abroad with a foreigner is even harder than living in the place where you grew up. If you have an argument, you don’t have anywhere you can run to. And you shouldn’t. You can go to a separate room and cool down, but don’t run away. And never go to bed angry. If you are having a disagreement, then try your best to work it out that same day.

I hope some of these tips help you with your relationship and/or you just find them interesting. Just because you’re a foreigner, doesn’t mean you’re alone. There are thousands of people that are in the same situation as you are. You are going to be okay, and a lot of us in the expat groups on FB and WhatsApp would be happy to help you out.

The photos in this post were taken by Urte Bara.

Do you have any tips for dealing with challenges in a relationship? Drop a comment below.

12 People reacted on this